Updates to Nancy's profile since your last visit are highlighted in yellow. 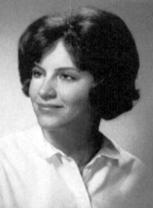 Worked in software development, networks, and computer training for 30 years, mostly for the government. Taught English and American literature in the university before that.
Have lived overseas (England, Germany, Pakistan, Uzbekistan, Albania), usually because of Joe’s Foreign Service postings, and have travelled abroad extensively in my own work for the government and later, for pleasure.